"Antero Alli is a frontier scout for the species --
out there on the rim where past and future intersect."
Timothy Leary, PhD author 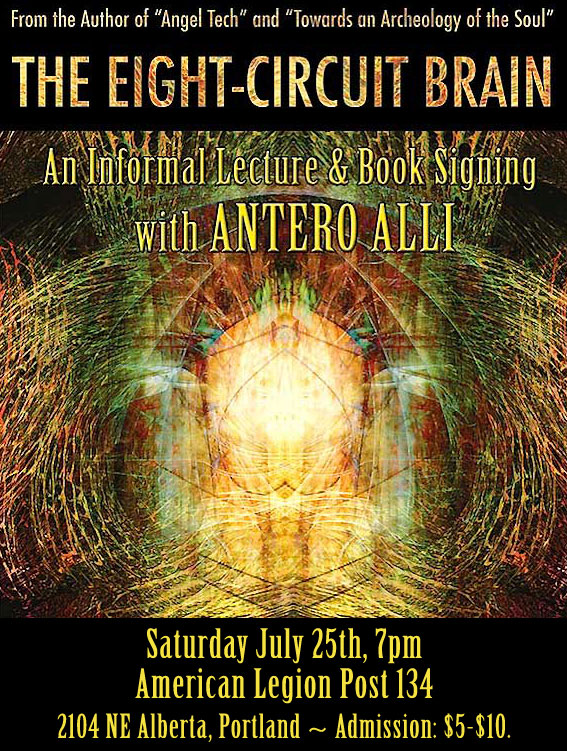 Outside Shocks (traumas) as Evolutionary Triggers

"Some who like to talk of things 'mystical' but have no firsthand
knowledge, may find Antero's realism a bit disconcerting..."
- Robert Anton Wilson, PhD author


As first developed by Timothy Leary ("Info-Psychology") and later advanced by Robert Anton Wilson ("Prometheus Rising") and Antero Alli ("Angel Tech" and "The Eight-Circuit Brain"), the Eight-Circuit Brain model redefines Intelligence in eight ways: 1) Physical Survival 2) Emotional/Territorial 3) Symbolic/Intellectual 4) Social/Moral 5) Somatic 6) Neuro-Psychic 7) MythoPoetic Genetic and 8) Quantum NonLocal. In this rare presentation, Antero will discuss how the bottom four circuits (1-4) can act as anchors to stabilize the extreme states of consciousness catalyzed by accidental and intentional upper circuit (5-8) shocks. And how the upper circuits can trigger evolution in the bottom four. Tonight's talk followed by audience Q&A; after the Q&A, Antero will sign copies of his book, "The Eight-Circuit Brain: Navigational Strategies for the Energetic Body"(on sale at the event at 20% discount; $20 instead of $25). 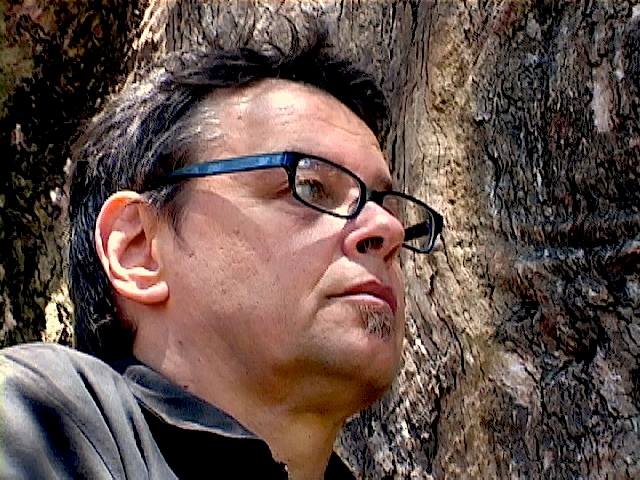 ANTERO ALLI has been working with applications of the 8-Circuit model since 1980. He is the author of TOWARDS AN ARCHEOLOGY OF THE SOUL, THE EIGHT-CIRCUIT BRAIN, ANGEL TECH, THE AKASHIC RECORD PLAYER, ASTROLOGIK and is an underground filmmaker with thirteen feature films to his credit. Mr. Alli resides in Berkeley CA with his wife, the singer/composer Sylvi Alli.

"Turn on, Tune in, Drop out" - the credo Timothy Leary made famous in the Sixties - was as misunderstood as the man who created it. In my view "Turn On" meant activating the Central Nervous System, with or without drugs, to accelerate perception; expand consciousness. "Tune In" refers to the newly awakened, self-aware nervous system dialing into any given frequency or reality tunnel of our choice. "Drop Out" never meant dropping out of society but dropping the baggage of culturally-conditioned imprints, values, and standards to become self-governing individuals. - Antero Alli 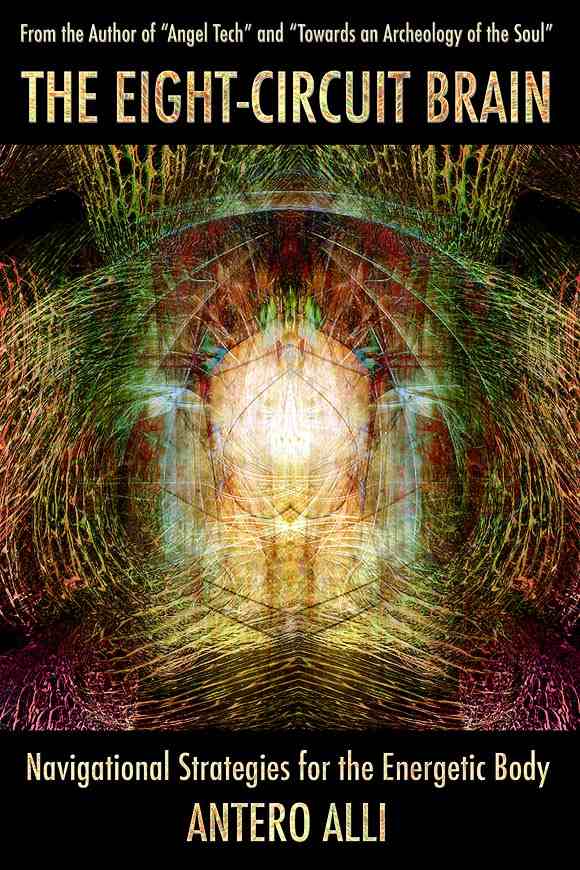