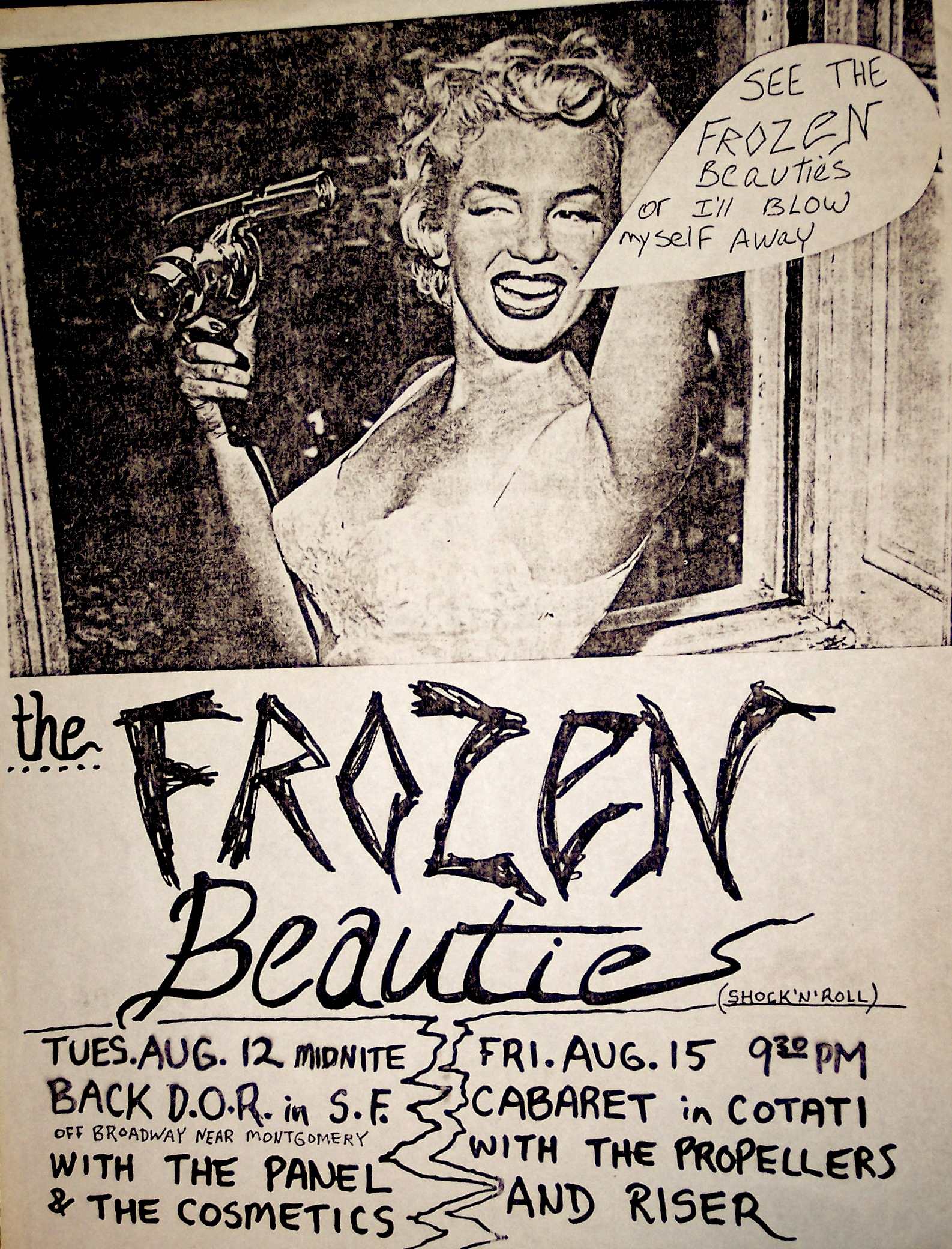 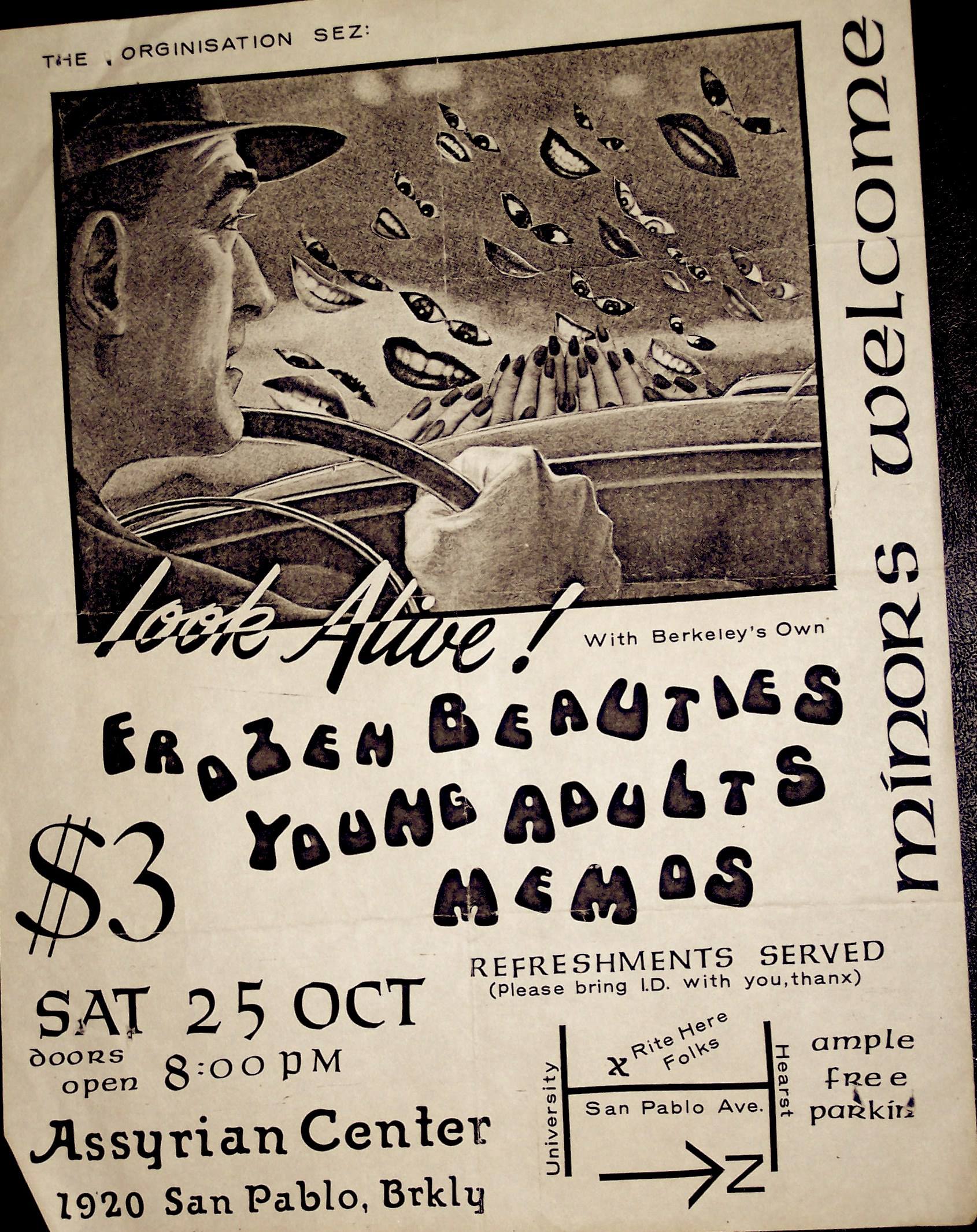 THE FROZEN BEAUTIES emerged and disintegrated over the last half of 1980 during the punk/new wave explosion in the San Francisco Bay area. I had written lyrics for a couple dozen songs and started the band just for kicks with my girlfriend at the time, Sima Wolf, a classically trained pianist who also sang. Dean Webb and I worked together in theatre for the previous seven years and he shared vocals with Sima. Dick Doty and I were roommates in the Berkeley duplex where the band rehearsed. A few weeks after Diana's audition (bass), we started gigging at Bay area clubs The Back Door, Berkeley Square, The Assyrian Cultural Center, Le Disque, Rock City and sharing the stage with Romeo Void, the Young Adults, the Jars, The V.I.P.'s, The Dead Kennedys, The New Critics, Goldengate Jumpers, Ultrasheen, Cha Cha Billy, The Propellers, Riser, The Memos, Boy's Life, The Panel and many others.

The MP3 file on this page and the others (see 3 links below) capture our sound from a cheap boombox recording of a October 1980 rehearsal in Berkeley CA (you're now hearing "Love Is War" - turn up the volume). -- A.A. 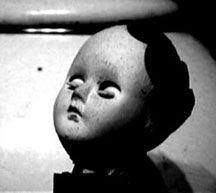 "I'M A GEM"
more band photos on this page