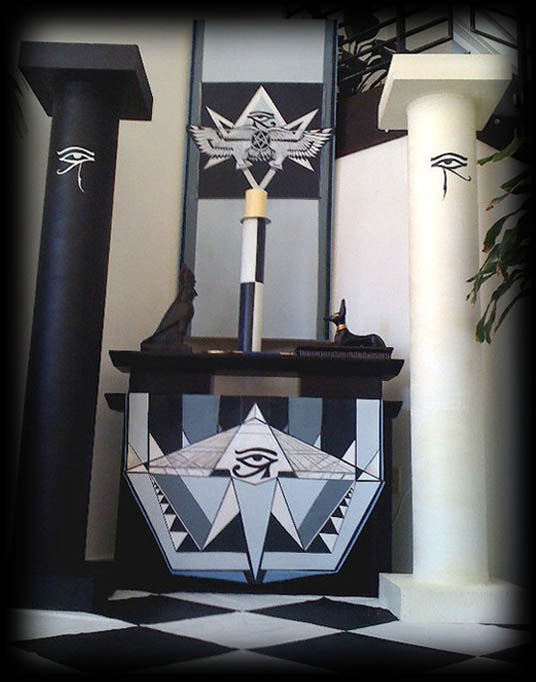 
As with most of my films, TO DREAM OF FALLING UPWARDS was inspired partly by the group paratheatre work I’ve been doing since 1977. The seed ideas for this film emerged out of a 10-week exploration of the Muse archetype in the Spring of 2010. It’s not “my” Muse but the Muses -- the harvest of their fruits has come through developing an honest relationship with their autonomous nature. Though there are certain conditions the Muses tend to find attractive, the Muses come and go and are not subject to my beck and call. I have written elsewhere on the nature of these conditions as I have known them so far. In this paratheatrical experiment, I discovered and explored the embodiment of a charged trinity of sources that I named Clown, Shaman, and Magus. This trinity informed the infrastructure for the film's characters of Jack Mason the sex magickian, his two apprentices who were employed as clowns, and the two brujas living out in the desert.

The Muse archetype is also known by other names: Genius, the Greek Mythos of the Daemon, and the occult magickal ritual of The Holy Guardian Angel. Since I prefer not to fixate on any ideas of "genius" or "Greek daemons", I looked to Western magickal traditions for any parallels to this Muse quest. After some research, I found both a similarity and a difference with my work. Whereas the occult magickian strives to achieve conversation (dialogue) with the H.G.A. to increase their power, my creative processes use similar methods - not to achieve power but - to arouse the Poetic Imagination. In doing so, I have discovered how an ongoing dialogue with the autonomous Muses archetype has become a vital source of inspiration for my films, albeit a source not always reliable yet eternally beckoning. 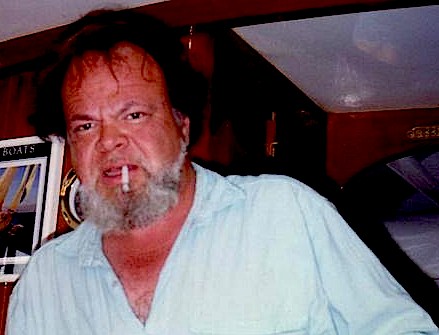 The thelemic elements in TO DREAM OF FALLING UPWARDS were inspired by a series of encounters (1987-91) with the late Dr. Christopher S. Hyatt, a successful publisher and Magus with deep associations in several magickal orders. Dr. Hyatt became a friend and a mentor to me during the time when he also published my first book, Angel Tech and then, over the next four years, three other books of mine. We also wrote a book together called "Pregnant Universe" and he was featured prominently as a real life charcter in my 1988 book, "The Akashic Record Player". Soon after I heard he was dying, his business partner of over thirty years informed me of the fraudulent "forced hand" deathbed signing of his considerable assets to his estranged biological son, a college basketball coach with no interest of experience in his father's work (for those interested in the sordid details, click this). Though I never joined any occult orders myself, the wealth of insider scoops I was privy to during my four years with “Doc” Hyatt informed the urban occult characters and their temple setting in this film. A more detailed account of my experiences with Dr. Hyatt are published in my book, THE EIGHT-CIRCUIT BRAIN (Vertical Pool Publishing, 2009). 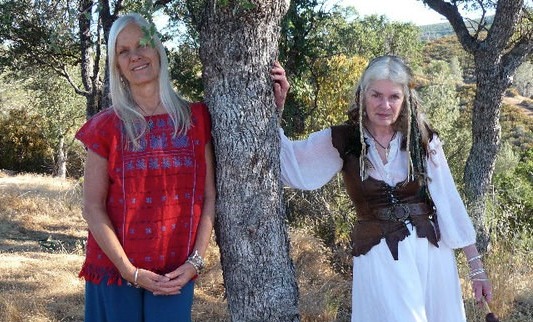 The rural shamanic characters, the brujas, were inspired by news of the mysterious disappearance of author Carlos Castaneda’s female apprentices the day after his death (also documented here). Though the media speculated suicide, I imagined them vanishing out to some obscure desert chaparral to advance Castaneda’s legacy with their own apprentices. This spurred the idea of parallel lives between rural shamanic and urban occult personalities and what might happen, if by some twist of fate, they convened to solve a magickal problem. What unfolded before my eyes was a story of a collision between rural and urban sorcery.

Generally speaking, the chief distinction between urban and rural magick lies in the purpose each assigns to the will. Western hermetic ceremonial (urban) magick works to increase enough personal power to effect change according to one’s will. Earth-based shamanic (rural) magick serves the development of enough receptivity to natural forces for the purpose of conscious alignment. One might argue that urban magick is “masculine” and rural “feminine” but that would not be entirely true since both approaches engage polar sources and forces to achieve their aims. I like to think that rural and urban magick express differing functions of a magickal category far greater than each.

links to the main page

ANTERO ALLI: WHY I MAKE FILMS and FILMOGRAPHY

WATCH THE MUSIC VIDEO AND A FILM EXCERPT

READ THE REVIEWS AND FILMMAKER INTERVIEWS

BACK TO MAIN PROJECT PAGE