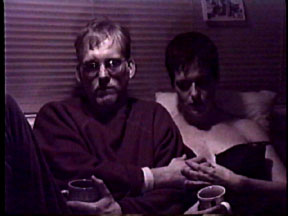 On the Making of INERTIA 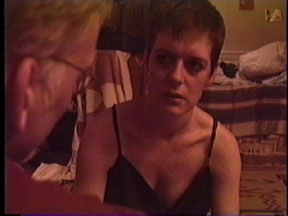 Seattle, 1994. Shooting a live performance of butoh artists JYL BREWER and ED BYRNE inspired an idea of how love dies under the influence of too much inertia and how love might be reborn. I invited actors KRISTEN KOSMAS and RICHARD WAUGH to improvise dialogue for a couple on the verge of breaking up and then, I filmed their interactions. Through the editing process, I discovered an unexpected symbolist drama. I saw how the butoh couple could be acting out the subconscious passions and love oppressed by the crushing inertia of the other couple's stilted relationship. By careful crosscutting between these separately filmed activities, a whole world of interpersonal complexity unravelled before my eyes, one where the subconscious reigned supreme and where the conscious egos struggled to find kindness amidst the turmoil. -- ANTERO ALLI, director