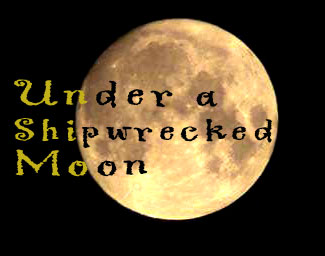 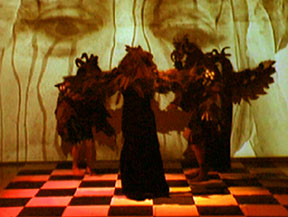 from Phil Hall's review for filmthreat.com
"An elderly Finnish man plans to reunite with his family after leaving them fifteen years earlier when his son, a ship's captain, drowned in a shipwreck in the Bering Sea. Unknown to the family is the true parentage of the dead son: the woman he believed to be as his mother was actually the midwife who delivered him when his real mother, a mysterious shaman (known in the Finnish tradition as a tietaja), died in childbirth. The midwife later married the child's father and pretended the child was hers. However, the shaman's mystical powers seem to have been inherited by the dead captain's son Jari, an American slacker who is uncertain if the increasingly bizarre visions he experiences while in a narcotized state are the result of his drug intake or another force. 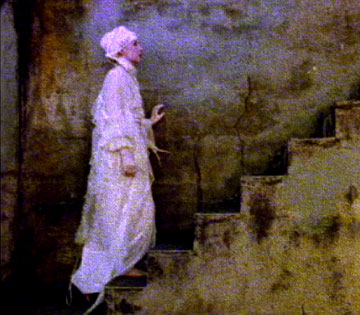 SYLVI ALLI as Sisu in "Under a Shipwrecked Moon"

Where "Under a Shipwrecked Moon" triumphs is in Alli's extraordinary dream and hallucination sequences. Mixing the shaman traditions of Finland's folklore and heritage with psychedelic washes of color and daring theatrical experiments, and capping the visuals with a haunting score created and performed by his real-life collaborator Sylvi Alli (whose beautiful screen presence is used to its fullest as the shaman), the film's landscape of mists, monsters and mysteries is so artistically overwhelming that it makes "The Cremaster Cycle" look like "The Lizzie McGuire Movie." -- PHIL HALL'S REVIEW IN ITS ENTIRETY 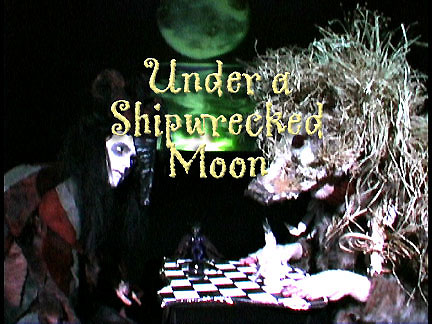 from Harri Siitonen's review for New World Finn
In many ways, there are suggestions of a Kalevalan spirit throughout Shipwrecked Moon. Animal spirits seen as ravens and hedgehogs dance around on a giant chessboard. The cinematography is excellent, changing continually along with the moods of the story. This is not a megabucks Hollywood production, but who needs Disney when such fabulous work can be done with simple, basic camerawork and seamless editing. Arranged by the talented Sylvi Alli, there is a rich musical track throughout the film, featuring her own unique rendition of Sibelius' Finlandia on the piano.-- HARRI SIITONEN for NEW WORLD FINN 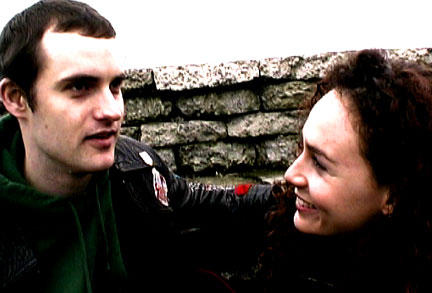 Antero Alli (b. 11/11/1952) is a Finnish born, Berkeley-based underground filmmaker whose feature art films have garnered critical praise at the prestigious filmthreat.com and screen in rare, limited runs on the west coast arthouse circuit (see Venue List below). Alli is the founder/director of ParaTheatrical ReSearch (since 1977), an ongoing exploration of group ritual dynamics that often informs and inspires his films. Antero resides with his wife, the singer/composer Sylvi Alli, in Berkeley CA. 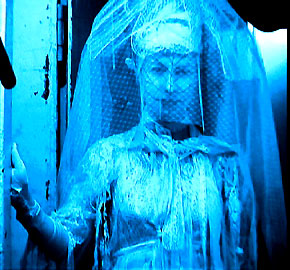