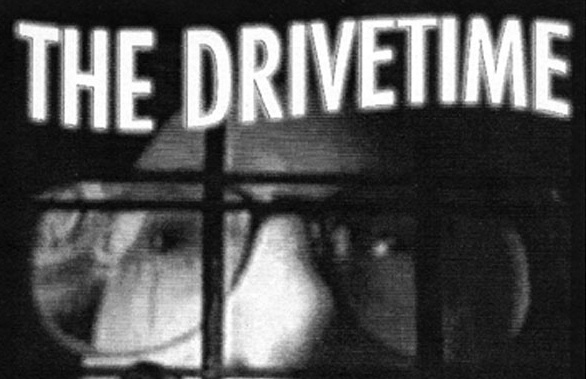 In the year 2023, a librarian named Flux (Michael Douglas, not the lucky one married to Catherine Zeta-Jones) spends his time collecting data about the social upheavals that lead to seismic shifts which caused the US to fragment into islands many years before. By way of time travel, Flux is able to enter the world of 1999 through the dreams of Vid (Michael George), to find subversive riot footage that was the turning point in the downfall of society. Vid's job with the official (and government run) TV network NGZ is to film the riots for broadcast to the masses, a job which his enlightened girlfriend Zola (Susan Mansfield) feels is wrong and wishes he would quit. Zola is just one of many who have gained the ability to speak telepathically with others, a power which those who possess it feel is the closest and most personal way for people to communicate, especially when compared to the cold and unfeeling internet.

When Vid captures the footage that Flux is looking for, he soon realizes what he has been participating in and no longer wants any part of it. He asks Zola to assist him in re-editing the footage for broadcast on the Televisionary Terrorist Net Web, a renegade network that is dispensing counter-information to the masses. Through their efforts, Vid hopes to once and for all awaken the population so they can see the tyranny that the government has been committing for many years.

Shot entirely on video, The Drivetime is a cautionary tale about the dangers of the media in all forms and bears resemblance to the short film La Jetee (and more closely 12 Monkeys, which was inspired by that short film). It's ironic that director Antero Alli chose to shoot his film on video, especially since the film that Vid and Zola make ends the film with a narration by Zola that asks humanity to turn off their TVs and re-open their minds. But the ultimate irony I suppose would be that I'm reviewing his anti-internet film for an internet movie review site. Despite these ironies, The Drivetime is very adept at getting its point across.

Assisted and inspired by the Televisionary Oracle guru Rob Brezsny, The Drivetime follows the idea that television is eating away at our minds. Brezsny states "[the mind is] being pummeled into dysfunction by the numbing onslaught of generic and nihilistic images that endlessly flood from the mass media". He feels that the imagination is the most important thing to keeping society together and the constant onslaught on negative images from the media will eventually lead to the downfall of society. For anyone interested in learning more about Brezsny's strange but thought provoking ideas about what should be done about this, check out his web site.

Antero Alli has crafted a compelling look at what might happen to society if we become over saturated with subversive images from the media. The performances are solid and the film's narrative never gets too heavy-handed, which can oft times be the case when making a film such as this. Despite the limitations of the video format, Alli uses it to its fullest advantages and the film actually benefits from it. Alli's use of color to delineate different time periods is also good, with black and white normally showing the future and a sepia tone usually reserved for the world of 1999. [Editor's note: the writer/director also has his own web site at www.verticalpool.com]

The film is presented full frame and looks as crisp and clear as video can, save for a few instances where the images were intended to look digitized or in some other weird state. Anyone who is interested in science fiction as political allegory should check out The Drivetime, especially if the subject matter is something you feel you might be interested in.

Back to THE DRIVETIME main page